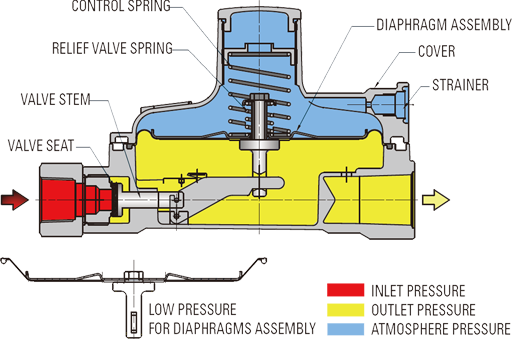 The regulator freeze ups occurs when moisture in the gas condenses and freezes on cold surfaces of the regulator nozzles. The nozzle becomes chilled when high pressure gas expands across it into the regulator body This chilling action is more severe in single stage system. However, the second stage reduction system can greatly reduce the chance of freeze ups by the double reducing of pressure with two steps of regulators which makes less chilling actions.